Saturday saw a very flat but very muddy return to racing in this seasons Birmingham and District Cross Country League. Held at Coombe Abbey near Coventry our Mens team travelled knowing we needed another strong performance to maintain our promotion push to reach Divison 1. A great turnout of 17 members raced and were rewarded with 5th on the day (it remains really close with just 26 points separating the teams in 3rd – 6th on the day). 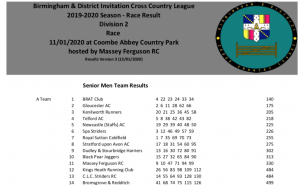 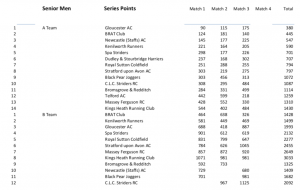 So as you can see we remain in the third promotion position with a gap of just 43 points to Kenilworth – Promotion to Division 1 for the first time is in our own hands as long as we get a great turnout at the final fixture at Lileshall on Saturday 8th February.