Congratulations to all our Juniors who competed for the club at this seasons Heart of England Track & Field League, Sundays event at Leicester saw them complete a clean sweep of overall victories and win the league as Champions!

A Newcastle (Staffs) AC team of 28 juniors, supported by officials (Darren Smith, Mike Whitmore and Malcolm Hackney), Coaches and Parents travelled to Leicester to compete in the final fixture of this years HofE Track & Field League. Having won the opening two fixtures we needed a good turnout of athletes to try to ensure promotion back into Division 3.

In the U/11 Girls we had Rosie Huckfield, Beatrice Wakefield, Mathilde Wakefield and Lucy Brownsword. There were individual wins for Rosie (Howler B) and Mathilde (Long Jump B) and the team all performed excellently and won their team competition, both on the day and over the whole season. Beatrice got a new PB in the 600m, Mathilde got a PB in the Long Jump, Rosie got a PB in the 75m and Lucy PB’d in the 75m.

In the U/11 Boys we had Dylan Taylor (75m B)  and Stephen Hobson. They finished in 5th place on the day and 5th over the season. Dylan equalled his PB in the 75m and got a new Pb in the Howler and Long Jump. Stephen gained PB’s in the 75m and Long Jump.  As well as competing in their events the two boys combined with Lucy and Beatrice to finish third in the mixed U/11 4x100m Relay.

The U/13 Girls team was Nikki Crutchley! Nikki was our only competitor in all of the three fixtures and amassed a total of 57 points over the course of the season which meant that she single handedly finished in 5th position overall against the other teams! Nikki matched her PB in the 100m and got a new PB in the Long Jump.

The U/13 Boys were a team of three again at this fixture with Louis Wakefield, Nathan Holdcroft and Charlie Hobson all competing in their three events. There were PB’s for Nathan in the Shot Putt, Charlie in the 200m and Javelin and Louis in the 800m, 100m and Long Jump. The boys finished 2nd on the day and 2nd Overall.

The U/15 Girls team had wins for Misha Twardochleb (1500m B, 75m Hurdles B), Scarlett Cotton (800m B,), Hannah Dodds (100m B, Javelin A) and Elizabeth Clarkson (300m B). There were also PB’s for Misha (1500m and 75m Hurdles), Scarlett (75m Hurdles and High Jump), Elizabeth Bridgewater (Long Jump and Shot Putt) and Hannah (100m, Javelin and Shot Putt). A team of Scarlett, Elizabeth Bridgewater, Misha and Charlotte also finished first in the 4x100m Relay in 60.9 seconds. The girls had another convincing victory on the day and over the course of the season finished with 150 more points than the next team!

The U/15 Boys team of Jacob Holdcroft, Thomas Wood and Lewis Nagington finished 2nd on the day, just 4 points behind the winners. They also finished 2nd overall after all three fixtures. There were PB’s for Thomas (Shot Putt and 100m) and Lewis (100m and 1500m) and victories on the day for Jacob (Long Jump A and 80m Hurdles A), Thomas (1500m B) and Lewis (1500m A).

Overall we were team winners in the U/11 Girls, U/15 Girls, U/17 Ladies and U/17 Men categories, winning the Male and Female overall categories. 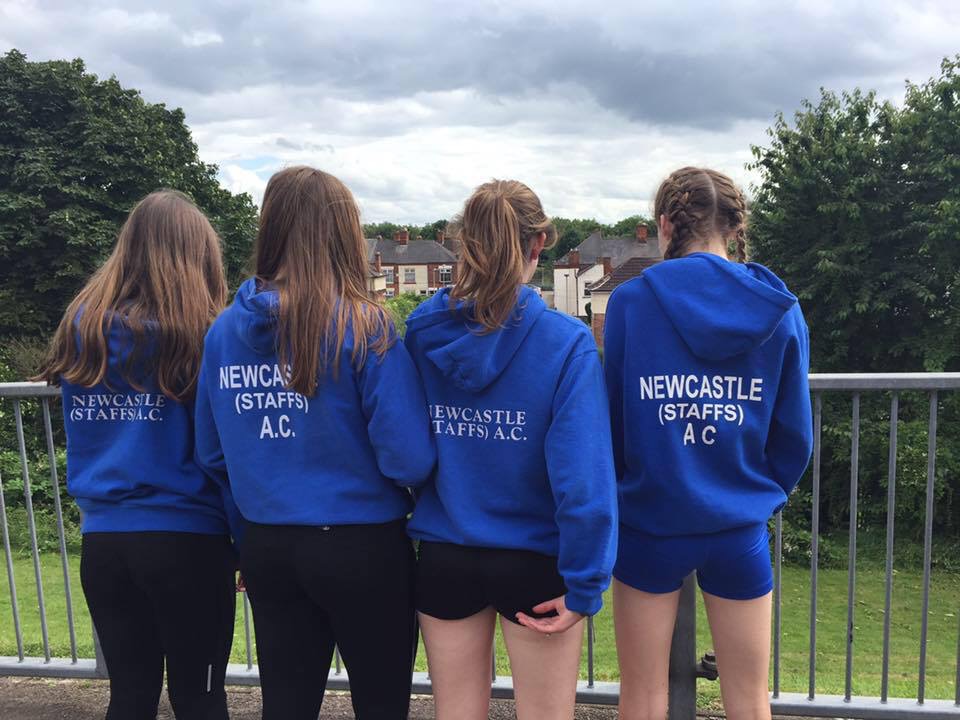 Congratulations to everyone who competed at the Heart of England Fixtures this season and thank you to the Club and all the Officials, Coaches and Parents who have made competing in the league such a success this year.