The final fixture in this years Midland League Track and Field Division 6 took place on Sunday at Tamworth. An 18 strong Team of Juniors, Seniors and Vets represented the club, and as well as having a great time, were rewarded with many Personal or Seasons Best Performances. 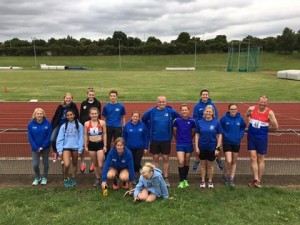